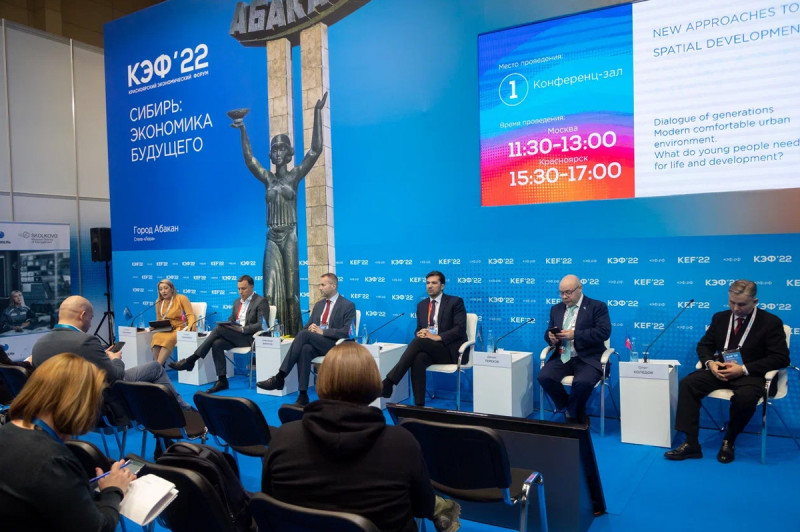 The implementation of the comprehensive socio-economic plan for development of Norilsk, one of the most northern cities in the world, will provide experience that will help other towns in the Arctic Russia to “relaunch”. Maksim Mironov, Advisor to the Deputy Director of the Norilsk Nickel Polar Division for Regional Policy and Corporate Projects and Director of the Agency for Development of Norilsk, expressed this opinion during a discussion at the Krasnoyarsk Economic Forum (KEF) on Thursday.

“What the Norilsk team is already doing is, without any doubt, a significant project for the whole Arctic. I think so, because we are currently undergoing a transformation of the Arctic city on an unprecedented scale. [...] I’m sure that by using this unique example of Norilsk, we will be able to “relaunch” other towns in the Arctic as well,” Mironov said.

As a pilot project, Norilsk was included in the Development Strategy for the Arctic Zone of the Russian Federation for the period to 2035. The complete socio-economic plan of development requires 120.1 billion rubles of investment, of which 24 billion rubles are federal budget funds, 14.8 billion rubles are from the consolidated budget of Krasnoyarsk Region and 81.3 billion rubles are funds of Norilsk Nickel. By 2035, about 100 new residential blocks will be built with a total area of 400,000 square meters, as well as a number of socially significant objects.

“What should we build, besides apartment buildings, to attract young people? We conducted extensive social research in Norilsk, followed by a number of strategy sessions. After that we identified around 200 activities that residents would like to see implemented in Norilsk. We carried all this out with the necessary expertise of the country’s best architects and urban planners. Today, we are already implementing this plan, developing design and estimate documentation. We want to build an Arctic oasis, which will include an Arctic park, a museum of contemporary art, the most modern school in the country, and a social and cultural community center,” said Mironov.

Young residents of Norilsk have joined management teams, which are supervised by competent trustees. For two years, these teams will study best Russian practices for launching similar objects. They will be tasked with forming a management model, as well as attracting young people to come to Norilsk and work in these facilities.

There are 180,000 people living in Norilsk, 26% of whom are Norilsk Nickel employees. Mass building of Norilsk was carried out in the 1940s–1950s and 1960s–1990s. No new construction projects are being implemented in the city at the moment.